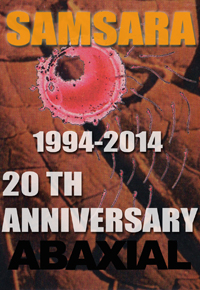 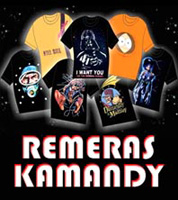 Abaxial was formed in march 1988. A detail that just a few people know is that Abaxial emerges from the breaking up of a hardcore band (1987) that never played in a gig. At that moment the drummer Gerardo "Kerry" Arias and the guitarplayer Alberto Armagno convinced to the bassist Fabián Caballero to keep on playing but this time in a thrash metal project. So the vocalist Gabriel Corzo (a bassist friend of the band who used to play with Armagno) joins to the band. Thus the original quartet was formed, this line up starts to compose some songs and practice to make some live presentations at different places related with the underground scene in Buenos Aires.

After the first live show, made at an abandoned tennis court with the presentation of some other bands, Caballero left the band to play in a rocker direction. Eduardo Nogueira joins the band, who later was part of Militia. With this line up Abaxial starts a tour along the Buenos Aires underground. They play with bands like Hermética, Dhak, Rapier, Devastación, Caos.

After a gig in La Plata city Kerry Arias leaves the band adducing personal reasons. This desertion would turn out a crucial change in the sound of the band, because of the place of Arias would be taken by Horacio "Bocha" Herrera who brought the guitarplayer Mario Méndez. Thus Abaxial became a quintet.

This transformation allowed an evolution to the band´s sound and compositions. In the long run, this evolution would spark off the Eduardo Nogueira leaving because of the incompatibility of musical styles.

Now, without a bassist, Herrera and Méndez recommend Gustavo Esnaola, who already played with them in a previous band.

With this line up: Gabriel Corzo (vocals), Bocha Herrera (drums), Gustavo Esnaola (bass), Mario Méndez (guitar) and Alberto Armagno (guitar), they play in a more professional way and the band starts to get the first ones of its fans.

In 1990, and after some well reviewed gigs, Gabriel Corzo leaves the band. This time, Abaxial would not look for a vocalist, because of Esnaola took charge of the vocals and the bass.

This would be the traditional line up and the more stable one.

Abaxial starts to play all around the music circuit and prepare the songs for its first demo.

In august 1992 it comes up "Neo-Drama", a five songs independent production in a technical thrash style.

"Neo-Drama" was recorded in two different versions, one in spanish for local distribution and the other one in english in order to promote the band in the rest of the world.

"Neo-Drama" was welcomed by the fans and the specialized critics from Argentina, Germany, Romania, Spain, Portugal and France.

Abaxial was one of the first bands to work in a totally independent way in Argentina, taking charge of absolutely every aspect related with the production, promotion, art, distribution and sells. All this effort couldn´t have been make it without the huge support of Alejandro Peruffo, a band´s friend who later became its legendary manager.

The good reception for "Neo-Drama" added to the positive reviews from the critics were crucial for the band to increase the number of gigs and, at the same time, get new fans for the band.

By 1993, Esnaola, Herrera, Méndez and Armagno, begin to prepare the songs for their second work, "Samsara". By this time they keep on making gigs with bands such as Trauma, Kobalto, Escabios, Dhak, Rapier, Lobotomy, Logos.

By january 1994 the band starts the recordings at CAB studios, the same studio where their first work, "Neo-Drama", was recorded.

Abaxial made a huge effort in order to give to the fans a production as good as some of the bands who works under the tutelage of a record company use to offer, but in a totally independent way.

Some of the band´s goals were achieved because of the good reception of the fans and the good critics from the media.

In 1995 the band plays everywhere along the nation, also they play as an opening act for Body Count at Obras Sanitarias stadium; the images shot that night would be part of the first videoclip of the band, "206 bones" would be the chosen song.

This videoclip is shown at TV networks such as Much Music and MTV latino, this helps a lot to make the band known for the public in general.

1996 found them preparing enthusiastically their third work, but the departure of Mario Méndez will weaken such enthusiasm.

In spite of it all, Abaxial keep on going forward, changing its style towards a sound according with the new tendencies, adding some industrial/ambient feeling to its classic style. To confirm this change Alejandro "Puchi" García joins the band as a stable member (he usually used to play as a guest at some gigs) playing keyboards and sampling.

This line up begins to work at 440 studio in order to record a 6 songs pre-production, two of them were recorded live at Obras during the opening show for Body Count.

This pre-production was called "Calibre" and it was produced by Gabriel Mateos, Exhibición Atroz' guitarplayer.

In spite of the good critics and the musical maturity achieved by Abaxial, the bands begins to suffer the signs of deterioration. The each day worst economic situation was to the detriment of any independent project, included the independent bands; this fact added to the waning of the audiencies at the underground circuit are the reasons of the Abaxial´s break up. Anecdotically at the same time Abaxial was breaking up many other bands follow the same way. Thus the underground scene falls in crisis that even today has its repercutions.

Abaxial left behind eight years and three independent productions: "Neo-Drama" (1992), "Samsara" (1994) y "Calibre" (1996). Nowadays these productions are wanted in the world undergound because of the previous distribution of the material at Europe and U.S.A.

Abaxial was a pioneer, with some other bands, working with a thrasher technical-industrial sound that at those times hasn´t so many fans as nowadays. This maybe explains the rediscovering of the band carried out by younger fans whom never were at an Abaxial show but they know and respect the music of the band.

Abaxial leaves the legacy of a band that self-managed every step of its career, a band that composed the music that they wanted and whatever they achieved it was made with a huge and incessant effort and an eager enthusiasm for giving the people the best of them.